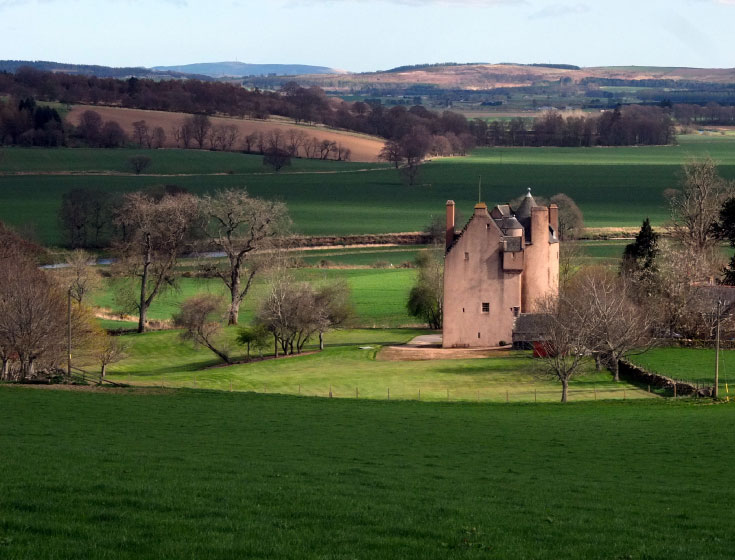 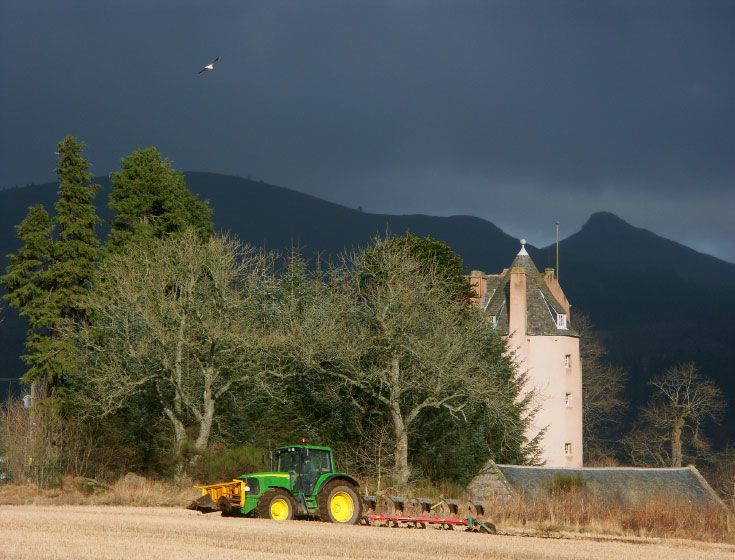 Pitfichie Castle was erected around 1564 and is transitional in type, between the simple oblong tower and the fully developed z-plan castle, and composed of a rectangular tower-house with a large round tower attached to its southern corner. The property belonged to the family of Hurrie or Urrie, from whom it passed to the Cheynes of Fortrie, then to the Forbes of Monymusk in 1650.

In the 14th Century the lands of Pitfichie belonged to the ancient family of Hurry or Urrie, possibly descended from the Hugo de Urre and Maulcolum de Ouree. Major General Sir John Hurry, son of the last Hurry Laird of Pitfichie, was the famous Civil War freelance who was defeated by the Duke of Montrose at Auldearn in 1645. He then changed sides and served under the Duke of Montrose during the last forlorn attempt of Carbiesdale and was hanged in Edinburgh on 29th May 1650. Though born at Pitfichie he was never its Laird. In 1597 Pitfichie was sold to John Cheyne of Fortrie who during a short but illustrious career became M.P. for Aberdeen. Pitfichie remained in the Cheyne family until about 1650, when it was purchased by the Forbeses of Monymusk. Lady Jean Keith, daughter of Earl of Kintore married William Forbes, eldest son of the Laird of Monymusk, and lived at Pitfichie, with their household in the castle being recorded in the Poll Book of 1696. On his father’s death in 1708, William inherited the Monymusk Estate and moved to Monymusk House. The Jacobite Connection: William’s step brother John Forbes, an ardent Jacobite, inherited Pitfichie, being known thereafter as “John of Pitfichie”. He married Susanne Morrison in 1704 and they produced 11 children. Official tax collector for Aberdeenshire he vigorously assisted the Earl of Mar to raise cash for the 1715 Jacobite Rising. The cause lost, he fled for Holland in 1716 and is thought to have perished at sea. His widow gave up Pitfichie and struggled to bring up her large family.

The castle may have been occupied until the beginning of the 18th century but by 1796 it had been unroofed and eventually became derelict.

Between 1978 and 1986 Pitfichie Castle was lovingly restored by an Aberdeen Businessman named Colin Wood. He did not like seeing a building such as this falling into disrepair and was particularly attracted by the castle’s setting with views to the River Don and Bennachie. However, he would never have taken on such a massive project, if he had known from the start what a tremendously time-consuming and expensive undertaking it would turn out to be. It took four years just to make the building wind and watertight, and another four to convert it into a comfortable home. The five story castle with underfloor oil central heating is now rented out to tenants looking for an unusual home with plenty of history and character.

There are three bedrooms on the second floor, and a further three bedrooms and a shower room on the third floor. The fourth floor has a sitting room with views over the surrounding countryside, and a cap house which is now used as a study. On the top floor is a minstrel’s gallery and a bedroom.

Print
Inverurie AB51 7JJ Scotland GB
Get directions
THE CASTLE IS RENTED OUT TO PRIVATE TENANTS AND IS NOT OPEN TO THE PUBLIC. 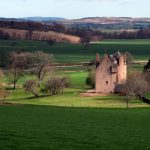 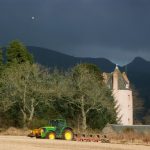