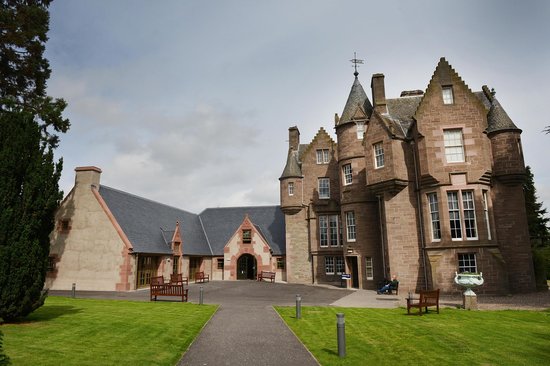 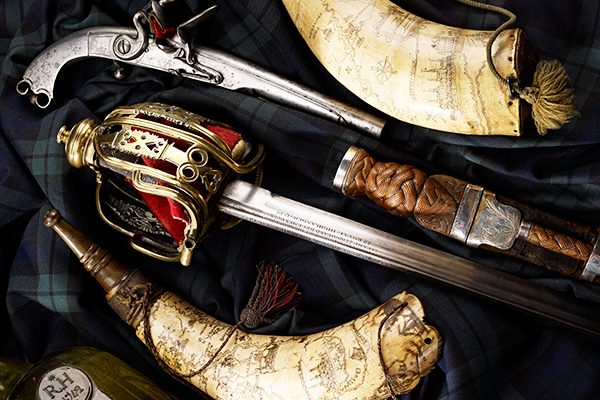 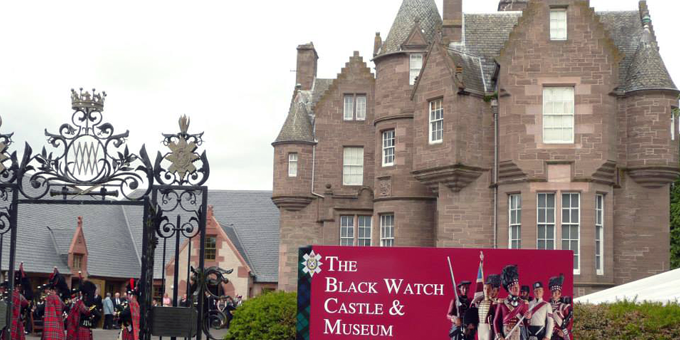 The Black Watch Museum is housed in the dramatic and historic Balhousie Castle.

The Castle is set in its own beautiful gardens and grounds. A visit to the ancestral home of The Black Watch brings this glorious Regiments’ past vibrantly to life.

The Museum holds uniforms, fine paintings, medals, photographs, diaries, weapons and military equipment, and together with film and reminiscences, brings to life the proud military heritage of this family regiment. The collection contains significant items that have been gathered by the Regiment throughout its history, right up to the recent conflicts in Iraq and Afghanistan.

The Black Watch themselves were formed following the Jacobite rebellion in 1715. General George Wade was instructed by George II to form a regiment to watch the Highlands. The new regiment was to be formed of six companies from clans who had shown their loyalty during the rebellion. The six companies where made up of three from Clan Campbell, one from Clan Fraser, one from Clan Munro and one from Clan Grant.  The force was known in Gaelic as ‘Am Freiceadan Dubh’, ‘the dark’ or ‘black watch’. As if to encourage this the regiment also wore dark tartan.

The initial role of the Black Watch was to patrol the Highlands, but through the years, as political situations changed, they were deployed abroad on numerous campaigns.

In 1882 they were present at the Battle of Tel el-Kebir during the Anglo-Egyptian War.

In 1885 at the Battle of Kirbekan during the Mahdist War.

In 1899 at the Battle of Magersfontein during the Second Boer War.

They fought in both World Wars gaining the nickname ‘Ladies from Hell’ by German troops on account of their kilts and ferocity in battle.

In 1952 at the Second Battle of the Hook during the Korean War.

In the 1950s to suppress the actions of EOKA terrorists during intercommunal violence in Cyprus.

In 1963 during the state funeral of John F. Kennedy, nine bagpipers from the regiment were invited to travel to the United States and participate in the funeral procession from the White House to the Cathedral of St. Matthew the Apostle. They performed The Brown Haired Maiden, The Badge of Scotland, The 51st Highland Division, and The Barren Rocks of Aden.

The Black Watch served in Northern Ireland during the Troubles as part of Operation Banner. The regiment was frequently a major target of the Provisional Irish Republican Army(PIRA) and the Irish National Liberation Army (INLA).

The Black Watch was the last British military unit to leave Hong Kong in 1997, and it played a prominent role in the handover ceremony.

During the 2003 Iraq War, the Black Watch fought during Operation Telic in the initial attack on Basra, and during its deployment, the unit suffered a single fatality. The following year, the Black Watch was dispatched to Iraq again, as part of 4 (Armoured) Brigade.

In July 2007 the battalion moved from Palace Barracks in Belfast to Fort George.

On 24 June 2009, it was reported that elements of the battalion numbering about 350 troops carried out one of the largest air assault operations of the NATO troops in Afghanistan, named Operation Panther’s Claw, by deploying into and attacking a Taliban stronghold located near Bābājī (باباجی ), north of Lashkar Gah. 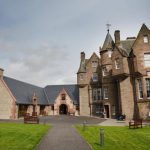 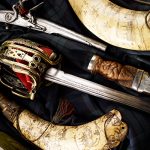 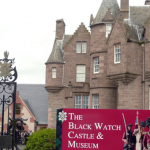